In the first episode, we looked at the brand-new Citroen Berlingo, the announcement that Vauxhall has built a 1/4 of a million Vivaros in four years, the top 10 best-selling commercial vehicles right now, and dug into some new research that shows home owners aren't allowing tradespeople to use their loos.

Check out the video below, or read on

Are you looking for a new commercial vehicle and wondering what everyone else is driving? If you are, you might like to find out which ones are in the top 10

So, a few surprises, a few new entries, and a fair few places to start if you're looking for a new vehicle. 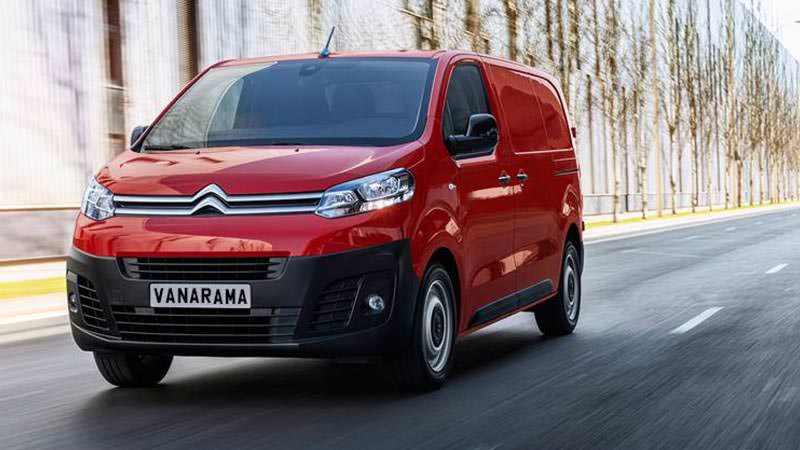 Already voted 2019's International Van of the Year by a panel of 25 industry experts and journalists, the brand-new Citroen Berlingo is the most driver-focused version we've ever seen.

It's spacious, practical, looks great and it's packed with tech. The new Berlingo features 20 driver assistance technologies including an Overload Indicator, Surround Rear Vision, Hill Descent Assist, and we're still only scratching the surface – the only thing you'll have to do is push the pedals and spin the wheel because it takes care of everything else.

The van is available in two lengths – M at 4.4m, and XL at 4.75m to suit differing requirements and comes in four different trim levels.

250,000 Vauxhall Vivaros Built In The UK And Counting

Next up, Vauxhall – the UK's number-one commercial vehicle manufacturer of 17 years has announced that it's built a quarter of a million Vivaros in its Luton-based plant since 2014.

A major milestone for any manufacturer, Vauxhall delivered their 250,000th Vivaro to BT, themselves having purchased over 25,000 of the reliable medium vans over the last 14 years.

The Vivaro medium-sized van has proved itself to British tradespeople (builders, plumbers, electricians with over 274,000 sold in the UK since 2001, 14,000 of which have been sold so far this year. Congratulations, Vauxhall. Here's to the next quarter of a million!

A bunch of MPS have gotten together to call for the proposed ban on sales of new petrol and diesel cars and vans should be brought forward to 2032 to kick-start uptake of electric vehicles.

Right now, the government's plan is for all new cars and vans to be "effectively zero-emission" by 2040.But the parliamentary business committee has called the government's targets "vague and unambitious" and criticised the recent cuts to subsidies and the general country-wide lack of charging points.

Right now, we seem to be caught in a bit of a pickle, because EV vehicles are only going to become a reality for tradespeople if the charging points are there, which they aren't yet because building them is in the hands of local councils, so it feels like this group of MPs are getting on the government's case to hurry up and deliver.

It's clear that we're on the cusp of the EV revolution, but until the infrastructure and incentives are in place switching your commercial vehicle for an EV might not make business sense just yet.

Do You Do The Dutch Reach?

Dutch reach highway code The Dutch Reach could be coming to the UK Highway Code.

But what is it? Created over 50 years ago…by the Dutch…the Dutch Reach is a way for a driver to open a vehicle's door with the hand furthest from the handle forcing the driver to turn their body to face the door and allow them to look over their shoulder and spot if any cyclists or motorcycle riders are present or travelling alongside them.

"Dooring", the name given to when a cyclist is knocked off their bike by an open car door, was responsible for 474 accidents in 2015 alone. Perhaps most shocking is that between 2011 and 2015, there were over 3,000 people injured by "dooring", 8 of them fatal. So, practice the "Dutch Reach" and look out for those bikers.

Check out our video below for advice on how to do it properly:

Tradespeople Aren't Allowed To Use Loos...Wait, What?!

New research is showing us the things tradespeople have not been allowed to do at clients' houses.

1 in 7 said they've not been allowed to use the loo and three-fifths said they were never even offered a drink!The research was pulled together by the team at www.MyJobQuote.co.uk who undertook the research as part of an ongoing study into the experiences of tradespeople around the UK.

Respondents were asked a series of questions about customer behaviour towards them while working in their homes. For example, they were asked if they'd ever been denied the use of a toilet in a customer's home, with 14% saying they had been denied access. And over half of them admitted to having to leave the house to find a toilet or risk spoiling the carpet!And what about drinks? 62% said there had been occasions where they'd never been offered a drink, while 38% said that they were always offered a drink – wonder what those guys are doing differently.

Participants were also asked if a customer had ever watched them while they were working – 60% said this had happened to them, with 82% saying it was "very off-putting". But the bit you'll love the most was the 29% who said that a customer had tried to offer them advice on the job they were doing. Blimey!

But, it's not always the customers…tradespeople were also asked about their behaviour when their customer was out of the house. 64% admitted that they had watched TV on their lunch break, 42% had played with a customer's pet, 39% said they had eaten ALL their customer's biscuits, and 28% had even connected to the WiFi.