On the eve of the December 2019 UK general election, Vanarama reveals how van drivers up and down the country are planning to vote.

The results are in!

This year's general election has been touted as "the most important election of the past decade" – how many times have we heard that? Just like the referendum & the 2017 general election, Brexit dominates the political landscape – everyone has an opinion – but there's one group we're most interested in: van drivers!

Tradespeople & van-driving small business owners are the backbone of the British economy, & because they're our customers we carried out a temperature test to find out which way they want the upcoming election to go. Check out some of the key results below.

Despite van drivers "wanting Brexit done", voting intention is really close. The parties have differing views of what Brexit should be & so do van drivers: 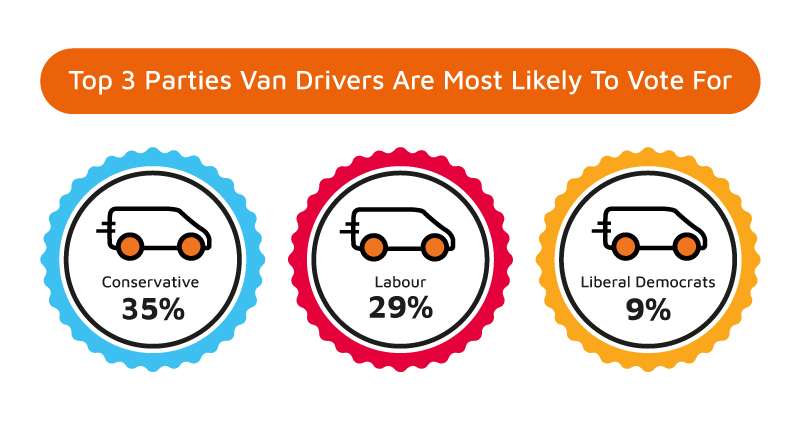 When that intention is broken down by region, you can see that van drivers are not an island, they are as reflective of the UK population as other demographics. Football is our national sport, but right now it can't compete with Brexit - it's dominating possession even in the final minutes.

Second Career For The Loser? Don't Hold Your Breath...

Even though they want Brexit done, van drivers aren't particularly sweet on the party leaders - so, we asked them how they think Boris and Jeremy would handle life in their shoes:

It turns out they're pretty evenly split on which one they'd prefer as an apprentice too: _ About the Research - The fieldwork for this research was carried out by Opinium, who spoke to 500 van drivers between 5th and 10th December 2019._

For more news and insights visit the Vanarama blog, or take a look at latest van leasing offers.