Due to high demand, our services may be a little slower than normal - apologies for any inconvenience. The good news is that you can build your own quote online on our vehicle pages & we've extended our opening hours to 9pm.

Why Lease the BMW X6? 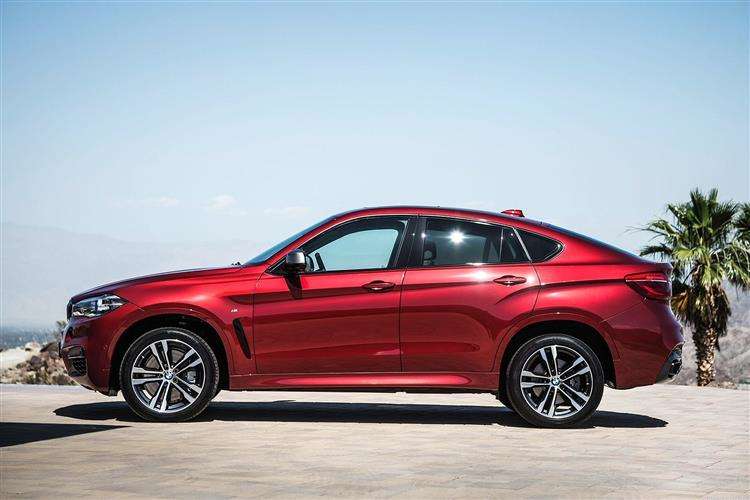 The 2008 BMW X6 was a game-changer like the first generation of the X5. The big, coupe-like SUV, started a trend that was followed almost a decade (or more) later by its main competitors. The 2008 BMW X6 was based on the BMW X5 platform but had a modified all-wheel-drive system and that transformed it into a faster SUV on the corners. After more than 443,000 units sold worldwide and a number of competitors coming to market, the X6 is now entering its third generation, riding on the same fresh underpinnings as the new-for-2019 X5.

If the squareback BMW X5 isn't flashy enough for you, its coupe-like cousin - the X6 - will be right up your alley. Compared to the current model, the 2020 X6 is an inch longer, over half an inch wider and 0.7 inches shorter. The new X6 is now also more chiselled and offers an illuminated grille for the first time. Inside, the styling is virtually identical to all of the company's latest models.

The well-rounded Mercedes-Benz GLE is a top pick in the class, while the Audi Q8 has lots of futuristic and intuitive technology that make it appealing. The BMW X5 has the same line-up of engines as the X6 and similar features, but it offers much more cargo space. The Q8 and X6 have similarly high base prices for the class. Opt for the Audi if you like its appealing tech, or buy the BMW for its optional engines with more horsepower.

“There is no mistaking the new BMW X6 Sports Activity Coupé. Amongst a raft of enhancements, its rare presence is amplified especially by a pronounced athletic design language, outstanding off-road capabilities, and a new optional Iconic Glow Kidney Grille, which simply dazzles. This is BMW at its boldest.”